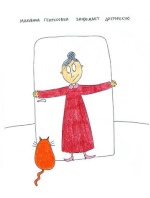 Ukraine’s president on Tuesday refused to say what will happen to the country’s former prime minister, a key political opponent who has been jailed during her trial on charges of abusing her powers while in office.

In an interview with The Associated Press, Viktor Yanukovych would only say that he understood the “tremendous responsibility” the imprisonment and trial of Yulia Tymoshenko has placed on the Ukrainian justice system.

The charges against Tymoshenko, who allegedly abused her powers when signing a natural gas import contract with Russia in 2009, are widely viewed in Europe and the United States as politically motivated. Prosecutors say she violated legal procedures when the deal was signed.

U.S. Secretary of State Hillary Clinton together with EU foreign policy chief Catherine Ashton sent Yanukovych a letter regarding the Tymoshenko trial earlier this month, according to an EU official. Neither side has disclosed what was in the letter.

“We categorically reject such allegations,” Yanukovych said, when asked if the prosecution of Tymoshenko was politically motivated.

Yanukovych instead said the country’s code of criminal procedures was under revision for the first time since 1962, when Ukraine was a republic of the former Soviet Union. The president said he understood the code needed revision as Ukraine seeks integration with the European Union and that many things now considered to be criminal acts should not be when the laws are rewritten.

However, Yanukovych declined to speculate on when the new laws might become effective or if that would affect the outcome of the Tymoshenko prosecution.

“It’s difficult for me to foresee or forecast the court’s ruling and our subsequent actions will depend on that,” Yanukovych said.

Tymoshenko was jailed during her trial early last month on charges of contempt of court. She insists she is innocent and claims the trial was orchestrated by Yanukovych to keep her out of political life.

Although a deeply divisive figure in Ukraine, Tymoshenko retains a substantial following and was only narrowly defeated by Yanukovych in last year’s presidential election.

In advance of Yanukovych’s visit to New York for the United Nations General Assembly, which formally opens Wednesday, the judge presiding over Tymoshenko’s trial unexpectedly postponed hearings Sept. 12 for two weeks. That move was seen as a means to divert attention from the legal proceedings while Yanukovych is at the U.N. and possibly as a response to the renewed pressure from the United States and European Union.

The Tymoshenko trial was due to enter its final stage, with the prosecution and defense teams presenting their closing arguments on the day the judge ordered the postponement. Monday. Tymoshenko had said she expected a verdict by the end of that week.

While Yanukovych insisted the Tymoshenko prosecution was out of his hands, he acknowledged that the legal system under which she is being tried was in need of an overhaul.

“We well understand the need to revise and reform the current system of criminal justice. The judiciary system needs to be reformed and we are dealing with these matters in a very determined manner,” the Ukrainian president said.

On other issues, Yanukovych said:

—Ukraine was withholding a decision on an invitation to join the Moscow-led customs union with other former Soviet Republics. He said the proposal to sign up with that trade group, which would make it impossible for Kiev to also sign a free trade agreement with the European Union, left far too many questions unanswered.

—Ukraine was attempting to overcome what he called repeated treaty violations by Russia that have caused disruptions of natural gas supplies to Europe. Russia’s huge natural gas supplies flow to Central and Western Europe through pipelines that transit Ukraine. Both countries have been consumed with bitter disputes over the pricing of natural gas and the charges Ukraine receives as a transit path.

Yanukovych plans to be in Moscow later this month in an attempt re-negotiate the natural gas issue. If he succeeds in reaching a better deal on pricing and transit charges, that would nullify the contract signed by Tymoshenko in 2009 and could give Ukrainian authorities a way out of the diplomatic brouhaha surrounding her trial.